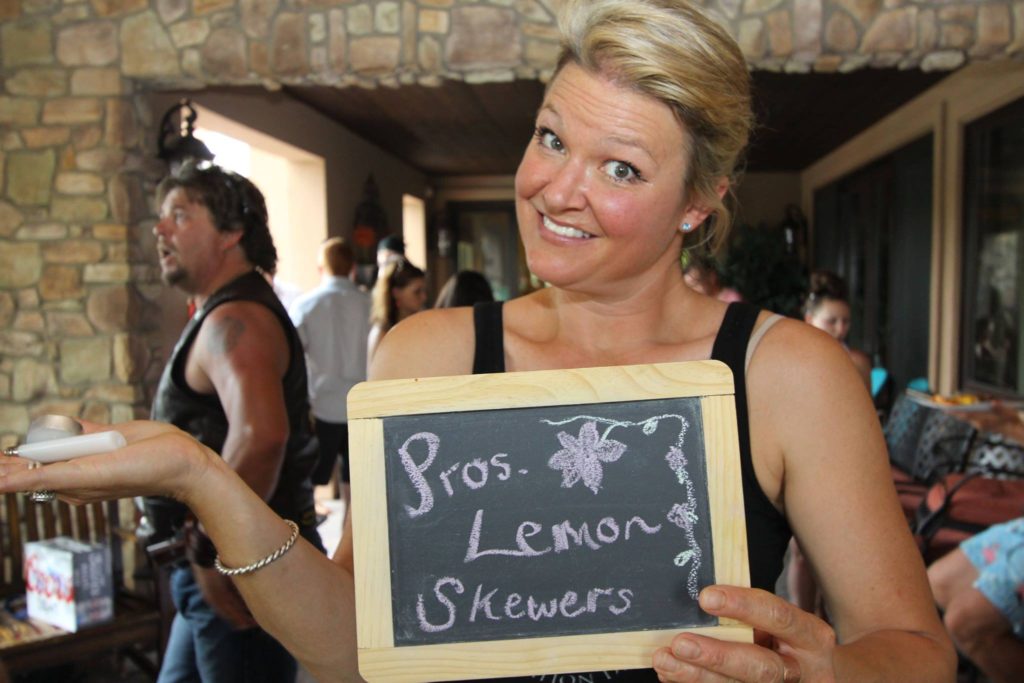 The idea for The Roving Rooster hatched one very hot august afternoon while doing a photo shoot for a Colorado magazine. They wanted to feature me in a piece on chef-owned businesses using organic and locally sourced ingredients. I was thrilled to do the project, intending to promote my growing boutique catering company.

Denver photographer Ron O’Hare agreed to do the shoot. We decided to punch things up a bit with something a little more playful than kitchen shots of me over the stove stirring risotto. The shoot began on a large grassy area in front of the Flour Mill Building then migrated over to the bank of the South Platte River.

All at once, I was knee deep in water, wading around in a white dress.

A wrought iron table and chair were pulled into the river to capture some shots of me drinking wine, and I said, “Why not cater a dinner in a river sometime? Waiters, rolled up tuxedo pants, wading out to the guests serving champagne? Doesn’t that sound fun??” Laughter ensued.

Then I thought, “Why not? Why not dinner in a river?” Three days later, The Roving Rooster got its wings!

Please call us at 303-875-7285, or email therovingrooster@gmail.com and let’s get started planning!